Sustainability: Fruit Tech Natural, at the press conference for the LIFECITRUS research programme 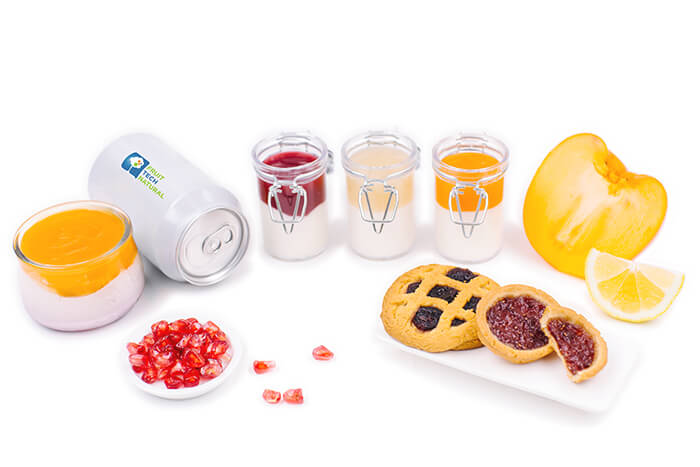 The research developed by the Sour Technological Center will allow that hundred of thousands of tonnes of this subproducts can be reused.

Subproducts from citrus as orange, lemon and clemementine one processed are about half million tonnes every year in Murcia Region.

Citrus purée instead of pectins for the jam. This is one of the usesthat the Sour Technological Center, based in Murcia has achieved to develope through the research and innovation LifeCitrus Project with subproducts from citrus.

This initiative, which belongs to a Life Project in the EU achieves a natural and sustainable nutrition where waste that the industry generates can be reused in order to not to damage the environment.
Subproducts from from citrus as orange, lemon and clemementine one processed are about half million tonnes every year in Murcia Region. Those subproducts were used to the animal feeding, with the actual effects in the environment dued to its handling and transport.

The Project LifeCitrus will allow that gradually the juice and citrus subproducts industry from the región and other companies from the agri-food sector will be able to process the subproducts, reducing until a 67% the waste through its transformation into natural ingredients for new food.

In order to do this, six tones of this subproducts have been processed in the demostrative plant of the Sour Technological Center. There this Project has been developed during the past 3 years. Firstly, studying the physical and chemical steps of the process in order to avoid the use of organic solvents for the extraction. After that 13 tests allowed them to stablish a work line to achieve the best performance.

Finally they achieved a 67% of performance. As a result, a purée with lots os posible uses was obtained in order to develop natural products. As a whole 13 food products are the first ones as having this ingredients which highlight for their gelling propierties, optimum for the making of jams, vegetables creams, bakery products and others, even with a reduced caloric content.

The best new is that all this subproducts will be able to be developed in the industry through a technical-viable process from the technical view which has already been communicated to more tan 220 companies directly and other 500 through the FIAB (‘Federación Española de Industrias de Alimentación y Bebidas’).

This projects has involved some of the main companies of the food sector in the región: Fruit Tech Natural, Eurocaviar, Coato, Hero, Hortimur and Frutas de Librilla. With all of them 3 tones of subproducts have been able to proceed obtaining at the same time more sustainable and natural food products which also have a better quality.

AFTER THE RESEARCH, DISCLOSURE. Finally a dissemination of the Project has been developed to different interest groups. Guided visits have been organised to the demostrative plant for technical workers, journalists, students and techincals from public organizations.

475 people have visited the demostration plant in 63 organised visits: 138 technicals from agri-food companies, 14 journalists, 300 students and 23 technicals from public organizations.

The number of dissemination actions has been quite high and we can highlight the participation in the 8th Symposium abour Food Industry which was hold during the 9 and 10 of May (2017) in the Murcia Brokerage Event 2017.

This international event takes place every two years and there last news in Food Technology are shown. Compaines from different countries hold bilateral meetings to stablish technological cooperation agreements related with the last innovations in its sector.

The event had 376 inscriptions from 17 diferente countries although they were mainly Spanish (328). There were 213 companies technical workers, 56 technicals from universities, 48 from research centers, 26 consultors and 33 from others.

There were 240 Spanish organizations. The event took place again in 2019 when CTC collaborated with the organization in order to show to the assistans their improvements through a sustainable nutrition.

The presentation has been developed by the technology area manager from the Sour Technological Center – Presentación García Gómez.